The five-station motor life test system is a special device for the durability test of the motor simulation load. The system consists of a hysteresis brake; a constant current source; a fixture; an industrial computer; a coupling; a controller; a test bench; System test software runs on Windows 7 or above environment, with features such as full-featured, reliable, easy to operate, and highly scalable. Can quickly and accurately detect the test motor current, temperature and other parameters, and can test data stored on the local disk. There are five independent channels, which can control the start and stop and load of the motor separately, and the five channels do not interfere or influence with each other.

a). The system can simulate the start and stop work conditions of the motor during actual use, and the duration and state can be freely set and adjusted.

b). The system has five independent motor power inputs, corresponding to five output motor power supplies. The test conditions are: starting load, running load, falling load, brake load, stop and other working conditions. The running time of any state can be set, and the number of cycles can be set (up to 999.99 times)

c). The load (brake current) of the motor can be set, and the motor working time and intermittent rest time can be set arbitrarily. The working chart is as follows:

d). The motor automatically stops after the number of test cycles reaches the set value

e). When the motor is tested, the running current and temperature of the motor will be collected in real time. If the motor current/temperature exceeds the set value, the test system will stop the test and alarm and display the cause of the error on the screen.

f).5 independent current input interfaces, each station is independently controlled and operated independently, which does not affect the start, stop and save data of the motor. 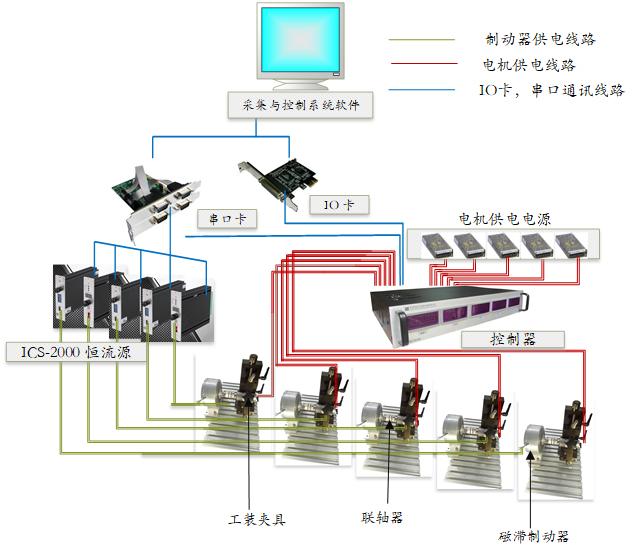 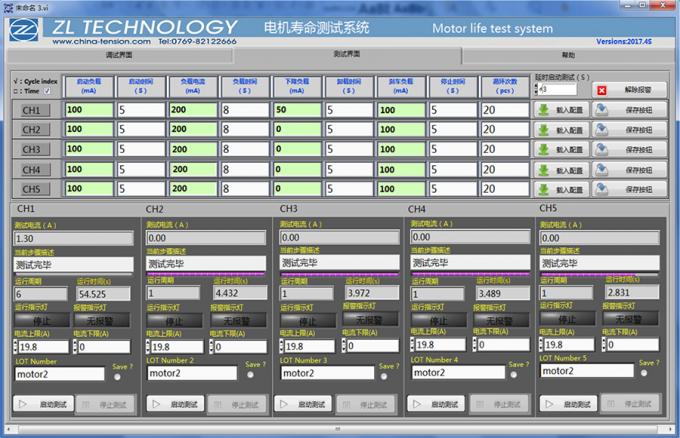 torque and speed points: 20 per second